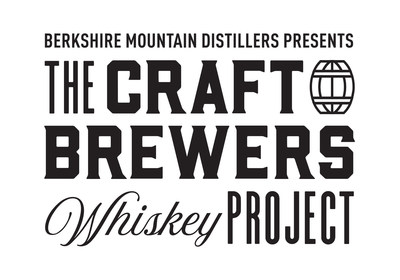 These whiskies are part of a six-year collaboration led by BMD, award-winning maker of a select line of premier craft spirits, and includes the distilling of a dozen beers from a limited collection of Northeast craft brewers.

In July, the Craft Brewers Whiskey Project was cited in the 2021 US Open Whiskey & Spirits Grand National Championship where Jack's Abby Smoke & Dagger Whiskey won a Gold Medal. This success prompted BMD to distill another round of whiskies from brewers including Big Elm Brewing, Two Roads Brewing, and Night Shift Brewing.

"There's a wonderful amalgamation between the craft spirits and beer worlds – a lot of people who drink whiskey also love craft beer," said Chris Weld, founder of BMD. "We're excited these whiskeys are finally ready to be enjoyed and people are taking notice."

Featured in this month's release, the hearty malt build of Really Old Brown Dog Strong Ale from Smuttynose brings hints of wildflower honey and mandarin peel plus a slightly spicy finish of ginger snap to the BMD whiskey. Rich and complex, Brewery Ommegang's Three Philosophers is a blend of Belgian-style quadrupel and Belgian kriek, and gives this whiskey a malty depth and gentle sweetness with a touch of cherry. Liquid Gold from Captain Lawrence is a Belgo-American Ale – light golden in color, but packed with flavor bringing notes of clove and citrus to the finished whiskey.

Whiskies are sold in the BMD tasting room and available in select stores. The distillery, located at 356 South Main Street in Sheffield, is open daily from 11 a.m. to 5 p.m. Visit craftbrewerswhiskeyproject.com and BMD; follow Instagram, Facebook, and Twitter.

A copy of the CBWP poster is here. Photos available upon request.